Here at Cap's our Ambassadors are the heart and soul of the Cap's club. They are all volunteers that give back to the cycling community and embrace cycling. 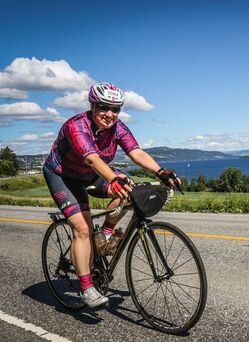 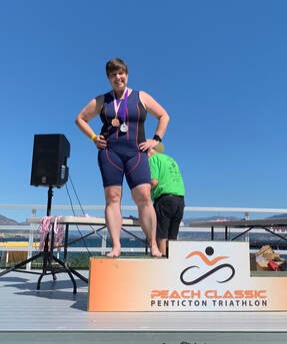 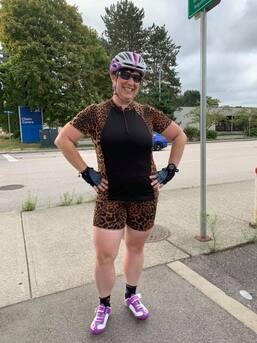 Can't miss her in Leopard print.

Chris' first bicycle came from CAPS's in 1973. As she grew up, like many people, the bike ended up in the corner of the garage.

In 2012, Chris had taken some life changing advice from her best friend, and started riding again. Riding a 5 km was a big deal back then! She started cycling with Cap's in 2016, learned how to cycle with a group & build on distance.

In 2016, she also tried Triathlons, but due to running injuries, she was forced to compete in the Aqua bike Division (Bike - Swim).

Over the years, she has traveled many places such as Norway, California, PEI to ride in various Fondo's.  Her highlight was to be invited to ride with an all women's Icelandic team!

If Chris isn't out cycling, she's out swimming and competes in endurance swimming events throughout BC. 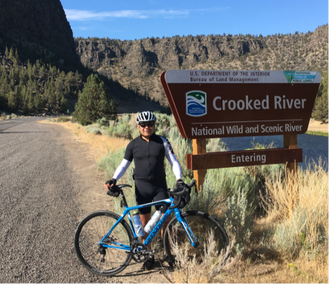 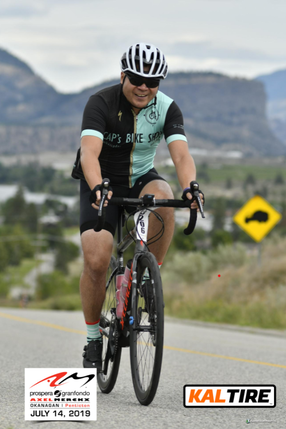 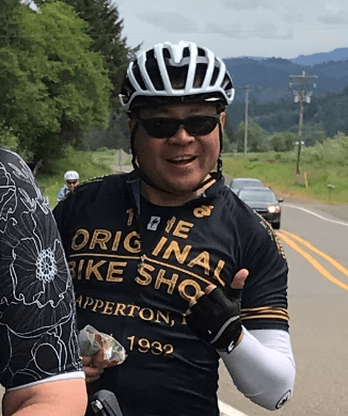 Andrew always loved riding his bicycle at a young age but stopped riding when he got his drivers license. It wasn't until 2013 when he bought a hybrid bike and started riding again but nothing serious until he purchased his first road bike and joined Caps Bike Club in 2016.

Since then he has increased his distance from 15km pub rides to 160 km century rides. Some of his more memorable rides would be the Reach the Beach ride in Crooked River, Oregon and the soggy 2018 Ride to Conquer Cancer.

His favourite part about riding is the mid ride coffee and the lunch stops. When he's not riding his bicycle, you can find Andrew playing ice hockey year round as a goalie. 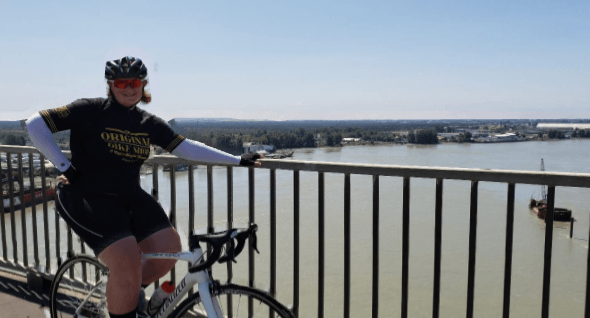 I have been riding since 2013 when I got my first bike from CAPs. I ride because it's a perfect opportunity to work hard AND chat. Also, because I like coffee stops.

I haven't done any of the big splashy bike events & while I'm a big proponent of "Slow & Steady Wins the Race", I occasionally get bitten by a case of the zoomies.

I commute, I ride road, I ride gravel & I ride trail. I've done some simple touring, but I aspire to do a BIG bike touring trip. Destination unknown.

Mostly, I ride as much as possible cause it keeps me sane & legitimizes sweets.